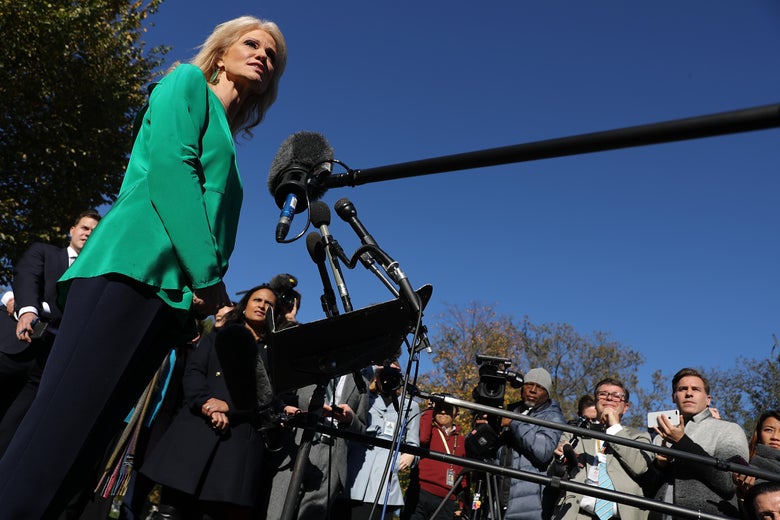 Kellyanne Conway, counselor to President Donald Trump, talks to reporters on the driveway outside of the White House November 1, 2019 in Washington, D.C.
Chip Somodevilla/Getty Images

Counselor to the president Kellyanne Conway went on a tour of Sunday morning news shows in which she was repeatedly pressed on matters related to the impeachment inquiry. And while she obviously defended the president at every turn, there was one point while talking to CNN in which Conway said she didn’t know whether President Donald Trump ever withheld military aid to Ukraine as a way to pressure the country to investigate the Bidens.

During the interview with CNN’s Dana Bash, Conway at first tried to dismiss the suggestion Trump did anything wrong saying there was “no quid pro quo in this call in terms of the president.” But when Bash pressed Conway about what was said in the call between Trump and Ukraine’s president, she refused to give a definite answer. “Was there a time when military aid was held up beca
Read More