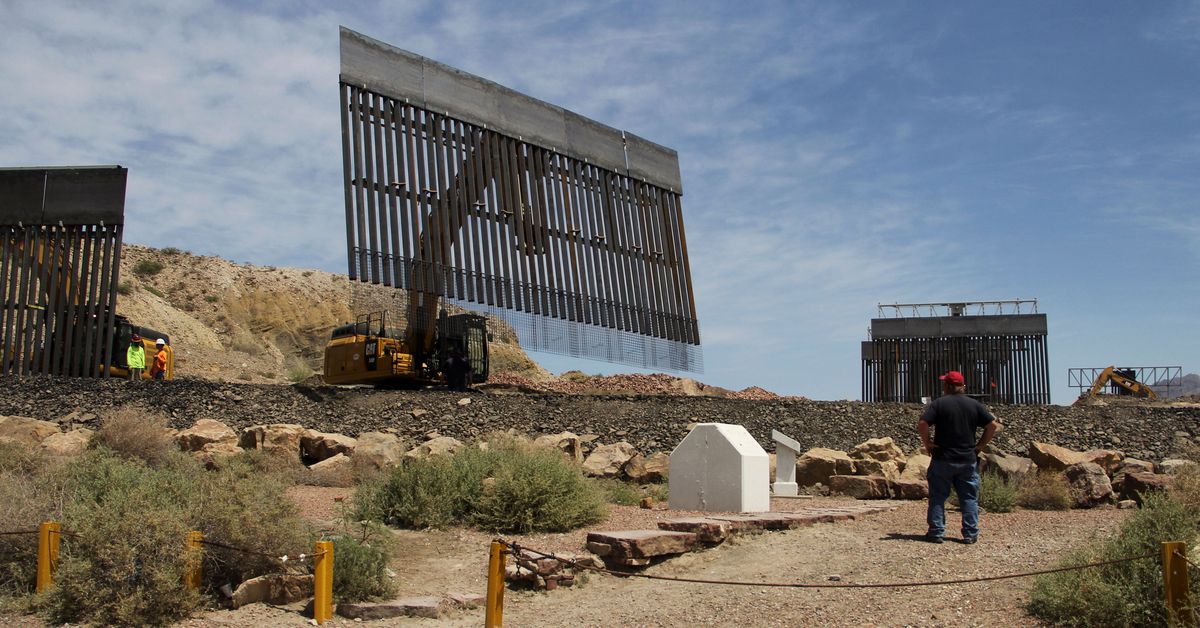 President Donald Trump promised a wall on the border would radically change undocumented immigration and customs enforcement. But it turns out newly built sections of the president’s wall aren’t as sturdy as he promised: Smugglers have been using a commercial saw to cut through it, according to the Washington Post.
Smuggling people and goods into the US is a profitable industry for criminal organizations, which is why they are motivated to innovate when it comes to breaching barriers. Of late, smugglers have reportedly been cutting through the wall — which is made of steel bollards that are partially filled with concrete — to make gaps large enough for people and goods to pass through.
To do so, smugglers are reportedly using a reciprocating saw that can be bought for as little as $100. The tool can cut through the wall’s steel and concrete in minutes when fitted with the appropriate blades, Customs and Border Protection (CBP) agents have said.
After cutting the steel bollards, smugglers have taken to returning them to their original positions in hope of reusing the passage without being detected by border officials.
Agents now reportedly patrol the wall in search of defects, which are mended. However, those repaired sections of wall are prime targets for smugglers, as it is easier to cut through the welded metal than it is to make new cuts. And the repair policy has also been targeted by smugglers who attempt to fool agents into believing a severed bollard has been fixed by applying putty to the site of the cut.
All of this should be unsurprising to the Trump administration. NBC News has reported border barrier prototypes tested in 2017 were found to be vulnerable to reciprocating saws. At the time, CBP spokesman Ralph DeSio argued that no wall, however well designed, would be impenetrable.
That didn’t stop Trump from touting the wall as “virtually impenetrable” when he visited a construction site close to San Diego in September, according to NBC News. At the time, he said the wall — which has cost roughly $10 billion so far and has been mostly funded by taxpayers — would successfully block human traffickers from entering the US. He added that not even world class climbers would be able to scale the structure, especially because the materials tha
Read More