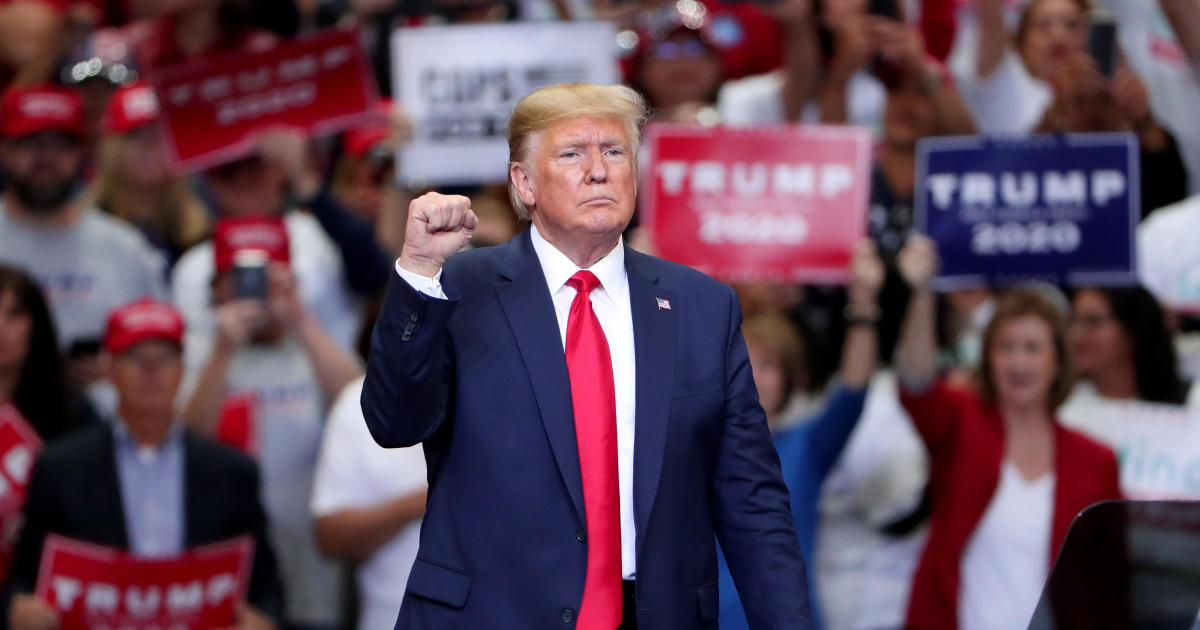 President Trump mocked former Vice President Joe Biden, former Congressman Beto O’Rourke and the impeachment inquiry at a Friday night rally in Mississippi. It was his first rally since the House formally launched an impeachment inquiry.
“How do you impeach a president who didn’t do anything wrong? Mr. Trump asked. Mr. Trump was in Mississippi, a state that voted overwhelmingly for the president in 2016, to rally in support of Lieutenant Governor Tate Reeves, the Republican nominee for governor.
He also called impeachment a “dirty word, a phony word,” and claimed before the audience of about 10,000 supporters that “yesterday’s vote by radical Democrats is an attack on democracy itself.” Mr. Trump promised the crowd of Mississippians that the end result would be his re-election victory a year from now.Mr. Trump mocked the idea that he was “so afraid” of Biden that he would have tried to dig up dirt on Biden and his son, Hunter. Mr. Trump said he “beat the Clinton dynasty, the Bush dynasty, the Barack Hussein Obama dynasty,” but “Sleepy Joe, I’m worried about?”Mr. Trump said he made the phone call to Ukraine “at the behest of people” who asked him “could you call and say hello?”
Read More