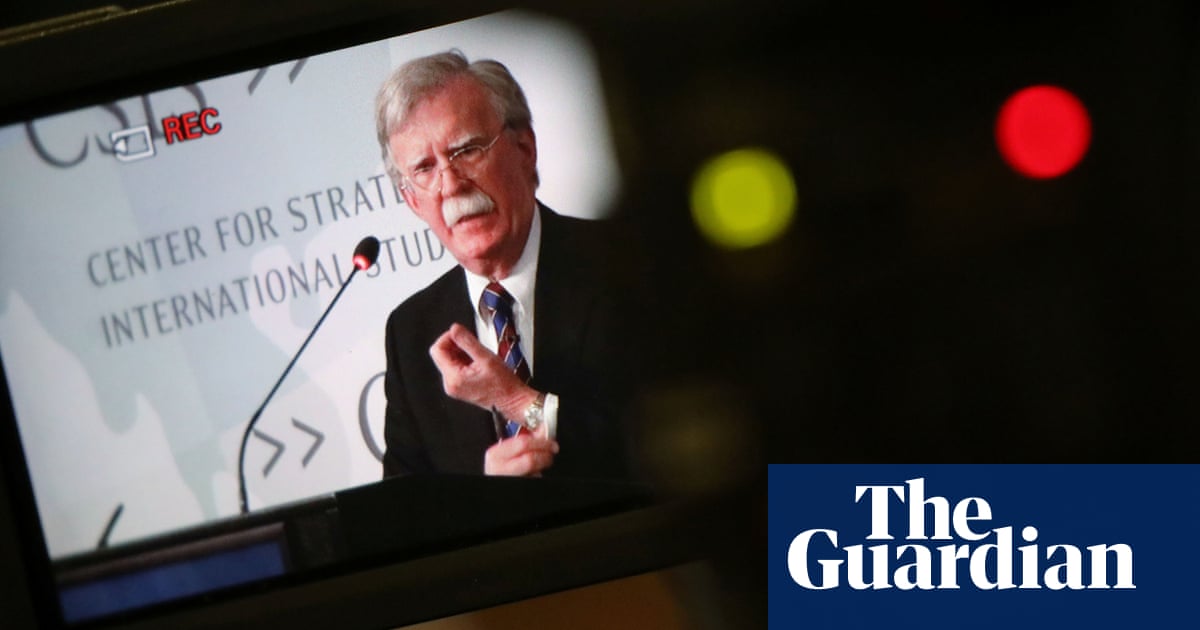 Democratic leaders of the impeachment inquiry against Donald Trump are gearing up for an epic tug-of-war with the White House over their desire to call to testify the former national security adviser John Bolton.
Bolton, who was ousted by Trump in September, is seen by Democrats as a key witness who could prove critical in nailing the president for corruptly leaning on Ukraine to help in his re-election campaign.
The former national security adviser is reported to have expressed deep misgivings about Trump’s attempts to cajole Ukraine into investigating Joe Biden, a leading Democratic presidential candidate and potential rival.
Adam Schiff, the chair of the House intelligence committee who is spearheading the impeachment inquiry, said on Sunday the spotlight was now falling squarely on Bolton.
Speaking on ABC’s This Week, he accused the White House of obstructing proceedings by attempting to block the testimony of current and former officials, adding: “My guess is they are going to fight us having John Bolton in.”
Schiff described Bolton as a “very important witness … He has a wealth of information and we do want him to come in and testify.”
Schiff pointed to the previous testimony of a former aide to Bolton, Fiona Hill. She told the impeachment inquiry her boss had been so alarmed by efforts by the president’s personal lawyer Rudy Giuliani and others to run a rogue foreign policy in Ukraine, designed to dig up dirt against Biden, that Bolton had instructed Hill to alert White House lawyers.
“I am not part of whatever drug deal” was being cooked up, Bolton is reported to have said. According to Hill, he also attacked Giuliani as “a hand grenade who’s going to blow everybody up”.
By swinging the focus on to Bolton, Schiff indicated that Democratic leaders have no intention of allowing the patriotic glow around the killing of the Islamic State leader Abu Bakr al-Baghdadi to knock them off course in their pursuit of Trump.
Schiff implied that any attempt to block Bolton’s appearance before closed-door impeaching hearings would merely delay the start of open public proceedings in the impeachment proces
Read More